the Weyman of Ludlow 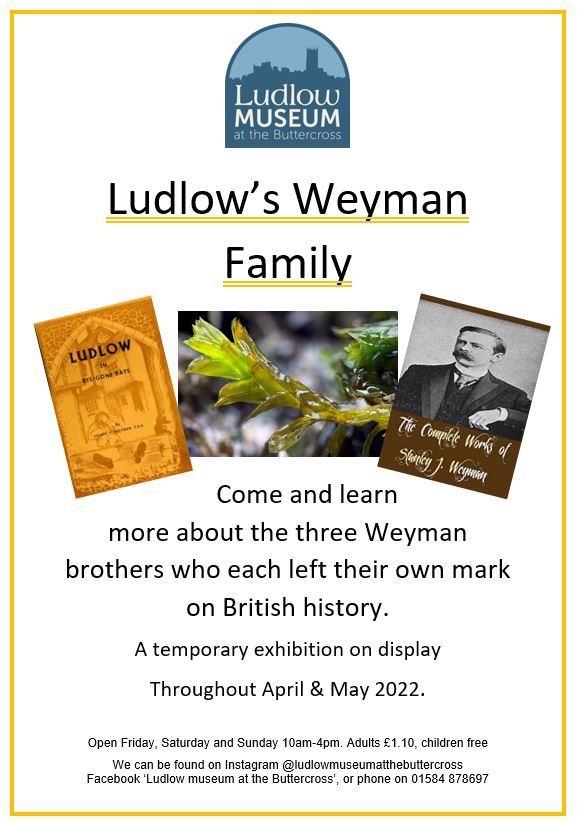 This exhibition is about the Weyman family of Ludlow and this runs between 1st April to 20th May.

Come and learn more about the three Weyman brothers who each left their own mark on British history. Henry Weyman was a solicitor in Ludlow and a Mayor of the town between 1886-1887, he wrote a book called Ludlow in the Bygone Days.

Stanley Weyman was a writer who achieved considerable fame.

Arthur Weyman was a bryologist who discovered rare mosses in the Ludlow area. 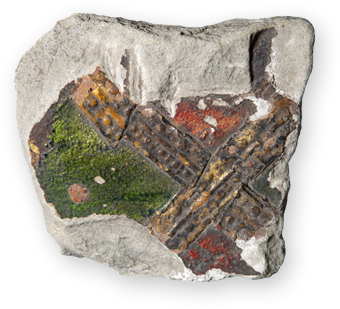 The selection of medieval encaustic floor tiles on display are believed to be from 14th and 15th century from the monastery of Austin Friars in Ludlow.
Visit our timeline

Our small unique Museum is located within the town’s historic Buttercross building, built between 1743 and 1746. We have something for all ages to enjoy including interactive exhibits, a children’s craft area and a handling area.

Enjoy the fabulous views from the Buttercross along Broad Street, Church Street and the surrounding countryside.

How to find us